Notaries of Belarus get acquainted with Lithuanian notariat 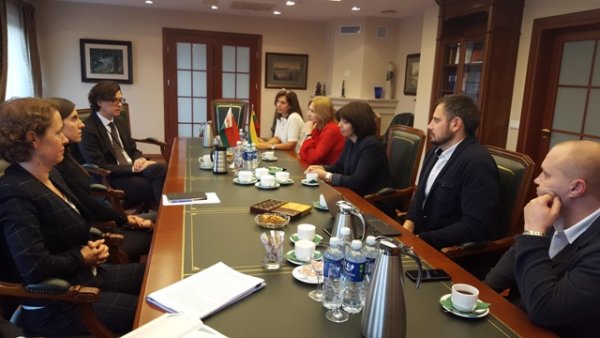 Notaries of Belarus paid a working visit to Lithuania amid preparations to join the International Union of Notaries.
Delegation, headed by Chairperson of Chamber of Notaries of Belarus, Mrs Natalia Borisenko, while visiting Vilnius on October 9-11, took part in the meeting with the President of Lithuanian Chamber of Notaries, Mr. Marius Stračkaitis, as well as his Lithuanian colleagues and employees of the Chamber.
Ministry of Justice of Belarus is expected to handover the function of affirmation of apostille from state institutions to notaries, therefore the delegation was especially interested in the process of apostylation, carried out by Lithuanian notaries.
Delegation from Belarus also visited two notarial bureaus in Vilnius.
After series of successful reforms, Belarus is expected to be admitted to International Union of Notaries during the upcoming Assembly in Jakarta, Indonesia, later this year.