Lithuanian representatives pay the visit of support to Moldova 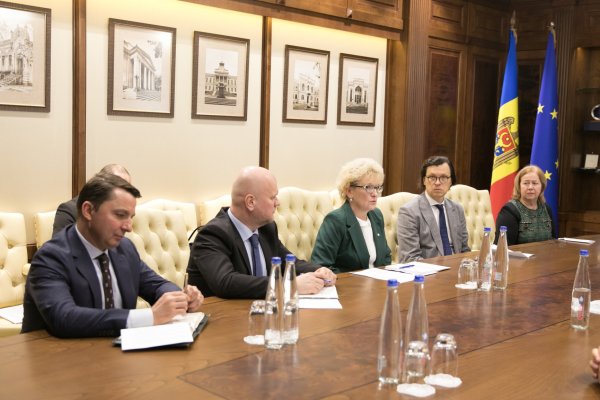 Mr. Marius Stračkaitis, President of Lithuanian Chamber of Notaries and representative of International Union of Notaries, paid a visit to Moldova on October 14-16, 2019, in order to express support to notaries of Moldova amid concerns about the draft law providing the reduction of notaries' role in real estate and agricultural land transaction.
Mr. Stračkaitis and his Moldovan counterpart, Chairperson of Notary Chamber of Moldova, Mrs. Aurelia Lazu, met representatives of Moldovan Parliament and Ministry of Justice.
Speaker of the Parliament Zinaida Grechanyi, as well as Chairman of parliamentary Legal Commission, Sergey Litvinenko, during the meetings expressed their concern about the draft legislation, initiated by the Government. They said that draft laws present clear danger to the interests of citizens of Moldova, to the integrity of their property, as well as to the transparency of transactions.
Parliamentary representatives promised that they would closely follow the deliberations of the abovementioned draft laws and expressed doubt that such drafts can pass the parliament.
Mr. Stračkaitis also met the General Secretary of the Ministry of Justice, Veronica Mikhailov-Moraru, and Lithuanian Ambassador in Moldova Kęstutis Kudzmanas. Topics of legal co-operation and Lithuanian support to legal reforms have been discussed during meetings.