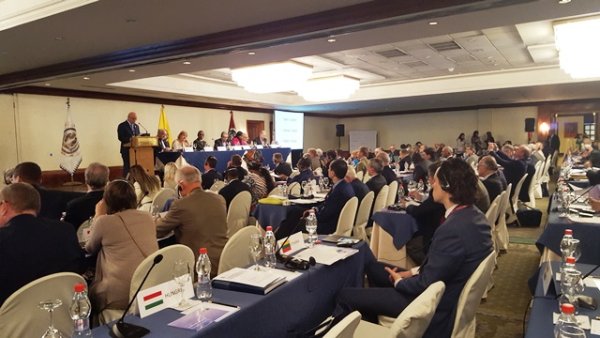 notarurumai.lt. President of Lithuanian Chamber of Notaries Mr. Marius Strackaitis has attended the General Council of International Union of Notaries (UINL) and the extraordinary meeting of Union's members, held in Quito (Ecuador) on May 6-7, 2016.
Mr. Daniel-Sedar Senghor, the President of UINL has presented the report on his activities in 2015-2016, as well as planned activities for the upcoming six months, in the wake of upcoming UINL leadership election for the term of 2017-2019.
According to Chairman of Union's International Cooperation Commission Michel Merlotti, the opportunities of notariates of Kazakhstan and Belarus to join UINL has been considered, but unfortunately these countries still lack legislative progress in order to comply with UINL membership requirements. Meanwhile the future membership of Serbia in UINL is almost decided. Serbia will join UINL during the Assembly in Paris later this year.