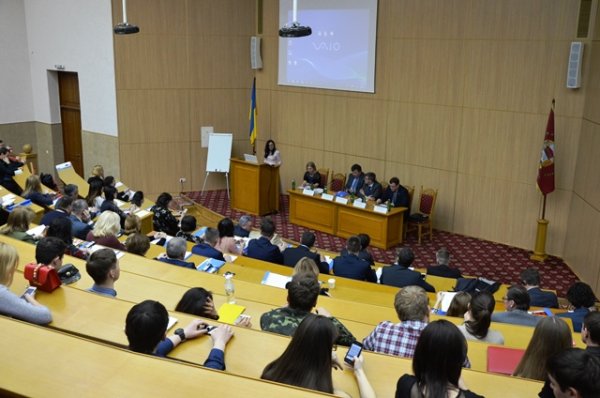 notarurumai.lt. On the 7th of April, 2016 a scientific and practical conference was organized in Kiev by the Ukrainian Notary Chamber and Taras Shevchenko National University. At the conference representatives of Lithuanian, German and Georgian notaries shared their experience with colleagues from Ukraine. The president of the Lithuanian Notary Chamber Marius Stračkaitis made two presentations: “Information Technologies in a Notary’s Work in Lithuania” and “Professional Insurance of Notaries in Lithuania”. The Ambassador of Lithuania to Ukraine Marius Janukonis and vice-minister of justice Julius Pagojus who arrived from Vilnius greeted participants of the conference. Presentations on organization of a notary’s work, use of modern technologies in the work of a notary were made at the conference by representatives of notary chambers from the German city of Koblenz and of the Notary Chamber of Georgia, scientists of T. Shevchenko National University Faculty of Law, Ukrainian notaries, representative of courts. 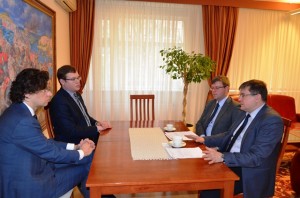 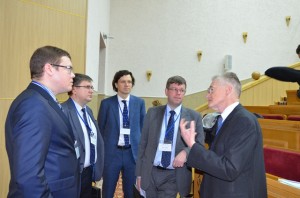 Discussion about law. On the left – vice-minister of justice Julius Pagojus, minister-counselor of the Embassy of Lithuania Gvidas Kerušauskas, Marius Stračkaitis, the Extraordinary and Plenipotentiary Ambassador of Lithuania to Ukraine Marius Janukonis, vice-president of the German Federal Notary Chamber, the head of Koblenz city Notary Chamber Richard Bock. 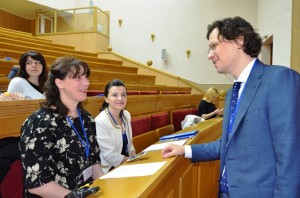 The president of the Notary Chamber of Georgia Nino Choperia and M. Stračkaitis.