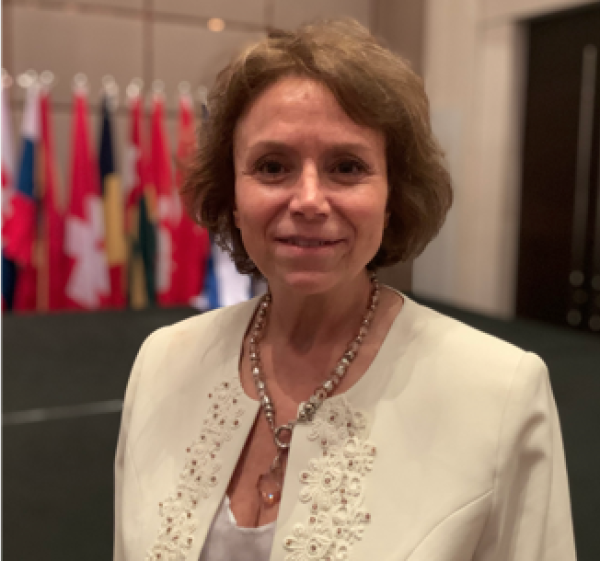 Argentine notary Cristina Noemi Armella was elected President of the International Union of Notaries (UINL). The elections of the new leader of organization, which now unites 89 countries, took place on November 27 at the General Meeting of Member Notariats in Jakarta Indonesia. Mrs. Armella will come to office for the 2020-2022 legislature, succeeding Spanish notary José Marqueño de Llano, President of the legislature for 2017-2019.
The International Congress of UINL was attended by more that 1500 notaries from al over the world. Lithuania was represented by Marius Stračkaitis, President of Lithuanian Chamber of Notaries.
The program of Crisitina N. Armella aims to "strengthen the institution for the benefit of its members and, ultimately, all citizens."
The elected President wishes to continue the major work of the UINL with international organizations, States and citizens. She promotes "a current vision of the Union", using new technologies as "an effective tool for the preservation of UINL’s history and its projection to the future", including the creation of a virtual platform for permanent training.
Continuing education is at the center of its objectives: at the global level with the World Notariat University and at the continental level with the pre-existing Notarial Academies in America and Europe, but also their creation in Africa and Asia.
Another proposal within the 2020-2022 President's program is, finally, to create a World Day of free notarial advice.